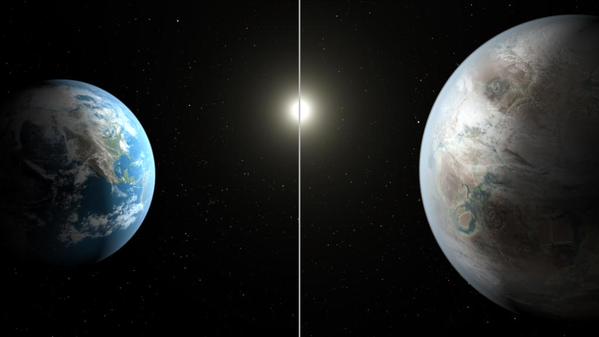 Kepler-452b holds many similarities to Earth.  Not much information is known about the newly discovered exoplanet, however what we understand holds promising possibilities towards the search for an Earth-like world.

The basic specs of Kepler-452b closely match those of Earth, found from a pool of the over 1,000 exoplanets discovered by the Kepler Space Telescope.  The planet’s radius measures around 1.6 times that of Earth, orbits a star similar to our Sun, and completes one orbit every 385 days. This evidence confirms the planet falls within the habitable region, referred to as the “goldilocks” zone, the area of the solar system where life could be possible. It lies 1,400 light-years from Earth located in the constellation Cygnus. 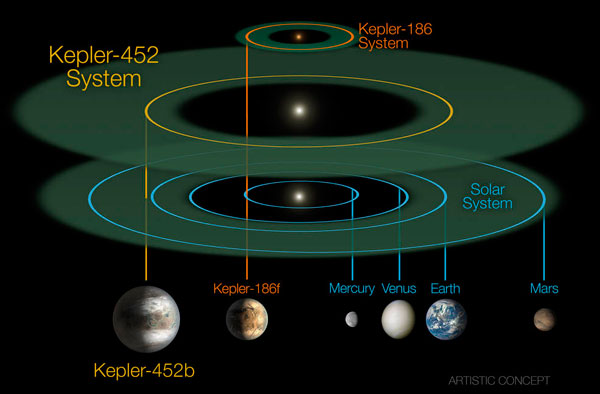 Astronomers have estimated certain properties of the planet.  Using the planet’s size and comparing it to other similar exoplanets, the mass of Kepler-452b measures between three to seven times the mass of Earth. 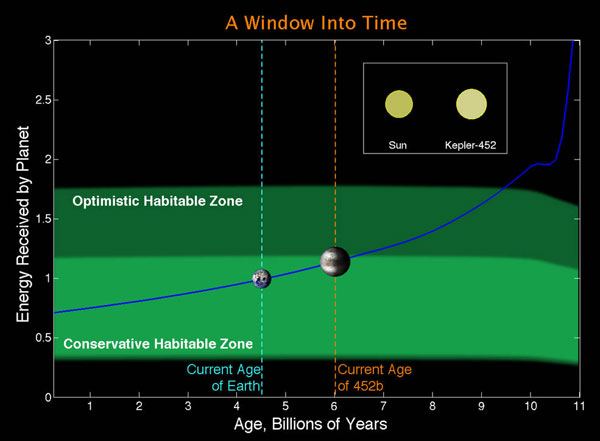 This Kepler system contains all the ingredients for life to exist. It’s older than Earth, meaning it’s old enough for life to develop, and the data leans towards the existence of an atmosphere, geological activity, and even the presence of water. However there are too many gaps in the data to fully understand the planet.  And it may never be known whether or not life exists on Kepler-452b.  For one, the composition of the planet is impossible to unveil with the collected information, since the planet was discovered statistically rather than observationally.  Even though the current findings lean closer to the chance that the planet has a rocky surface, it is still possible 452b actually may be a Neptune-like gaseous planet.

More data is expected from the Kepler space telescope early next year, and hopefully more Earth-like planets are discovered.  The future looks bright!