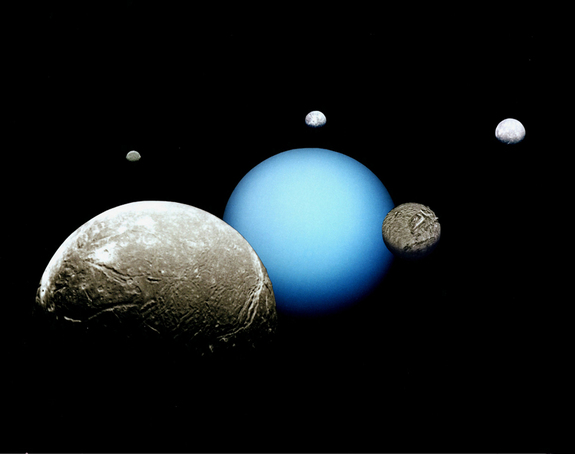 A mystery revolving around Uranus is solved. One of its five moons, Miranda, was subject to much speculation regarding its oddly missed-matched terrain. The moon’s strange deformity literally and figuratively created a puzzle for scientists. Previous notions suggested that these trapezoidal deformities, uniquely known as coronae, resulted from harsh impacts of asteroids or meteors.  However, a more concrete theory recently emerged. Uranus is so immense that its gravitational pull squeezes and distorts the moon’s surface, heating the core of Miranda. 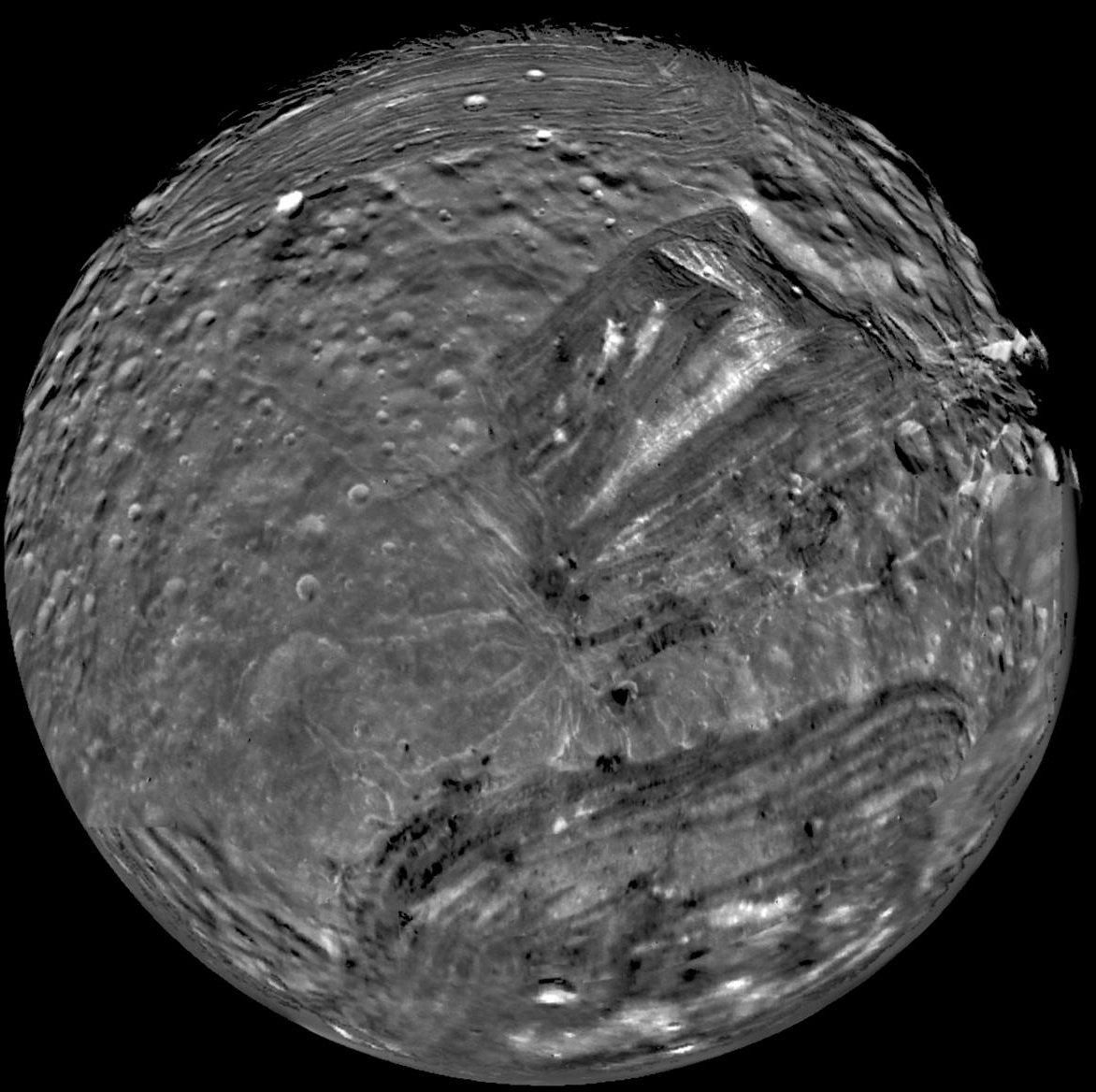 The heat generated in the core of Miranda is equivalent to that of the earth’s core, therefore allowing the moon earth-like properties such as moving its surface. Miranda’s once eccentric orbit around Uranus also caused the moon to heat and cool as it approached closer and further from the planet.  This explains how the coronae can form on a seemingly dormant moon.

Guess you didn’t know Uranus was big enough to influence a moon’s landscape.