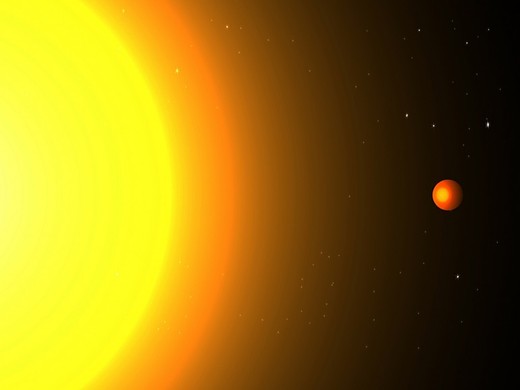 The average day on Earth is 24 hours.  Similarly, Mars’ day is nearly 24 hours. However, a day on Venus is as long as 243 Earth days. Talk about long hours at the office! These measurements are made by calculating the full rotation on the planet’s axis.

For the first time, the length of a day on a planet outside our solar system has been confirmed. The estimated day length on the gas-giant, Beta Pictoris b, is only eight hours! For students, that is the equivalent of an average school day. This exoplanet’s rotation is so accelerated compared to Earth’s because of the its massive size, around 10 times larger than Jupiter. It may be common to see such fast rotations on larger planets, considering a day on Jupiter is only about 10 Earth hours.

Imagine if our busy lives were crammed into a mere eight hours. Lets just say humans would need a physical adaptation to somehow work faster. Maybe our bodies would be equipped with extra arms, legs, or even wings!… Hypothetically speaking of course.

Anyway! If you are having a rough day and just want to move onto tomorrow, try hopping on the next space shuttle to Beta Pictoris b. We would love to know how it goes!