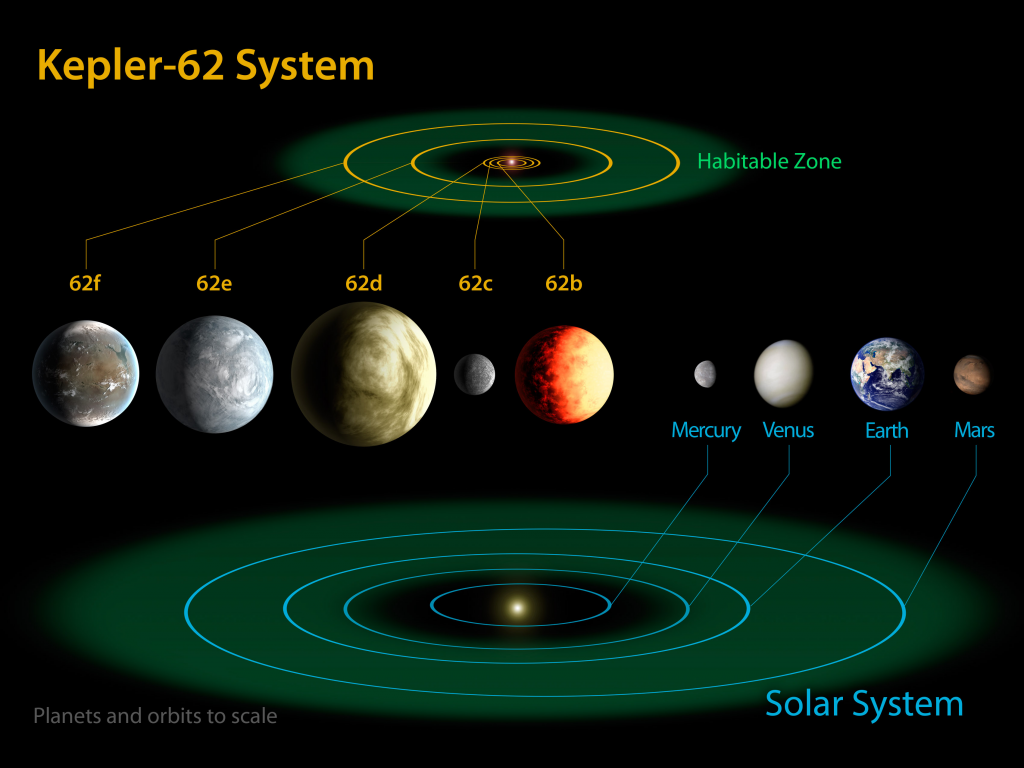 Imagine waking up one day with the knowledge that an exoplanet similar to earth exists.

An exoplanet is any planet found outside of our solar system. The Kepler Space Telescope has discovered many possible Earth-like exoplanets. In fact, two candidates are within one solar system (2 for the price of 1!).

Exoplanet Kepler 62f is only 1.4 times larger than Earth and is believed to be engulfed in water. It is located in the habitable region its solar system with a red dwarf star weaker than our Sun at its center. This exoplanet’s orbit would be equivalent to that of Venus, but the temperatures aren’t as extreme as Venus’s because the red dwarf is smaller than our own Sun, therefore emitting less heat.

Also orbiting the red dwarf is Kepler 62e, another Earth-like candidate in the solar system. Like 62f, 62e is believed to be completely covered in water. Now, the difficulty scientist are having is whether a planet completely covered in water could have a technologically advanced species similar to our own. The possibility of this is slim, but nevertheless, there could be other alien life within these vast oceans. Just think about all the aquatic life in our own oceans! Any discovery of a complex alien species would prove we are not alone.

“If we are all alone, it’s a whole waste of space.”

Comment your thoughts below! Could you imagine being a part of the discovery of complex alien life? This thought certainly plays on my mind whenever I look at our vast and glorious night sky.

Also, follow my on twitter (@astronoteen) for updates on new blog postings and email me (astronoteen@gmail.com) with any questions!

One thought on “New Earths”