The Very Large Telescope Interferometer (VLTI) located at the European Southern Observatory recently discovered a new hypergiant star, and it’s nearly 1,300 times the diameter of the sun and around 1 million times brighter!

The hypergiant, HR 5171 A, is 12,000 light years from earth and is 50% larger than the all-mighty red supergiant, Betelgeuse. It is also undergoing a very unstable time in its life where the star is expending and releasing millions of highly charged particles, enough create an atmosphere around it.  This star is also the brightest discovered in the family of yellow stars that includes our sun.

What’s makes this hypergiant unique to the nearly dozen already discovered  is it’s part of a binary star system. The two stars part of the system are so close that they make contact, and it appears as if the companion is stealing from the surface of the hypergiant. So the system is basically a giant peanut in the sky! 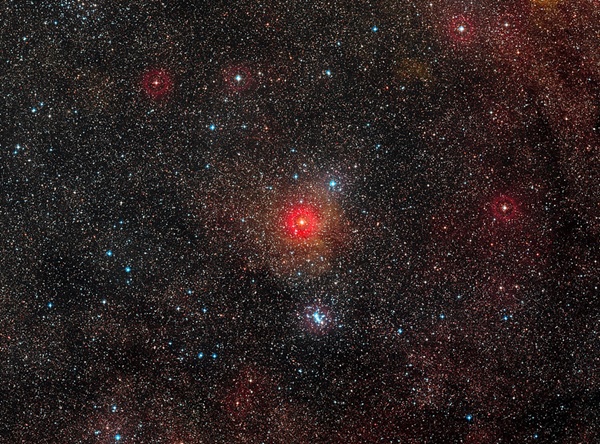 Though very far away, the star can be seen with the naked eye in the constellation Centaurus on a clear night.

Wacky discoveries like these show that the universe can still surprise us and we should never dismiss the seemingly impossible.