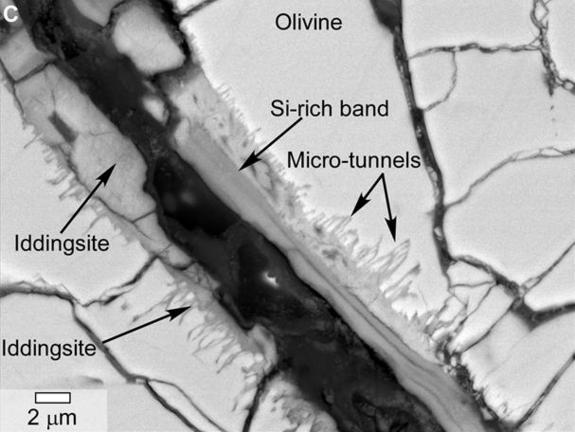 Currently, it is impossible to have earth-like life on Mars since its atmosphere was blown away millions of years ago, but was there life before the atmosphere’s disappearance?

Recent developments in studies preformed on a Martian meteorite suggests so.  Within the meteorite are tiny carbon-rich balls and tunnels, which closely resemble ones made by microscopic creatures on earth.

Now, there is no actual proof there is or was life on Mars. Additionally, we don’t know whether or not these microscopic tunnels were made by creatures on earth when the meteorite hit. Nevertheless, this news has raised attention to the “Martian” theory.