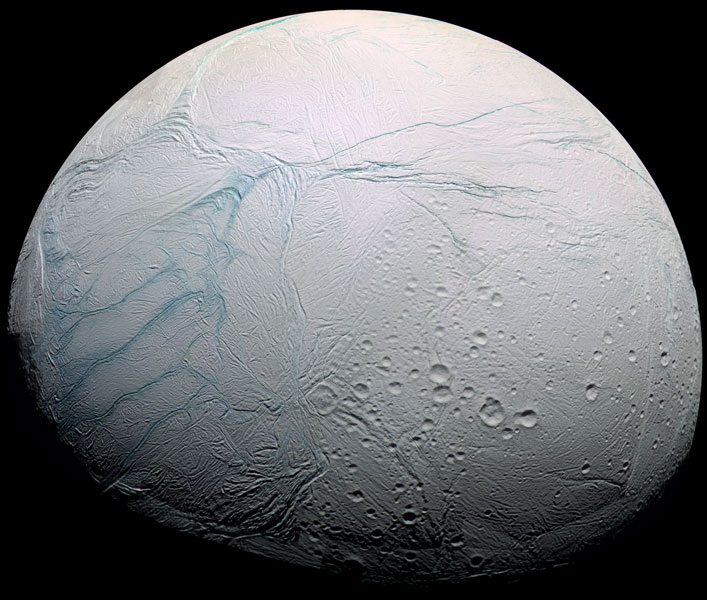 On April 3rd, 2014, NASA announced Saturn’s moon, Enceladus, most likely harbors liquid water beneath its 19-25 ft icy crust. The water’s confirmed location is situated near the south pole of Enceladus. Just how much water is there? Researchers estimate at least as much as Lake Superior here on Earth. The ocean on Enceladus also makes contact with a rocky floor, meaning their is an extremely high chance for microscopic life to have formed. 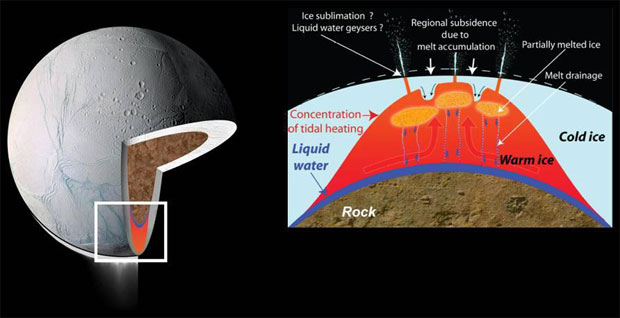 What makes this discovery so exciting is that we have yet another candidate for potential alien-habitable regions within our solar system.

There are many similarities between Enceladus and Jupiter’s icy moon, Europa, which is also believed to have an ocean of water beneath its crust. The most striking is both the oceans are located towards their south pole regions on their moon. Is this more than just a coincidence?

Everyday more and more exciting discoveries are made within our own solar system. Personally, I hope I see the day when humans discover that  life within our solar system isn’t merely limited to the species on Earth.